TURN INTO
BIG ONES.

Home of the 100% Guarantee. We Get It Right the First Time—Or We’ll Fix It for Free!

Full 35 point System Performance Report for $69.00. We will go through your whole system and make sure it’s ready for the season!
*No other discounts, specials or club membership savings apply.
$149

Get a second opinion with our FREE New Unit Estimates and see why A Quality HVAC is different from the rest of the valley companies.

Lifetime compressor and installation guarantees, plus financing to fit every budget!
*Limited Time Offer. Call For Details
$50 OFF

*No other discounts, specials or club membership savings apply.
$150

Refer someone who buys a new unit and we’ll pay you $150!
*No other discounts, specials or club membership savings apply.

Things To Be Aware Of When Considering R-22 Replacement Refrigerants

If your air conditioning or refrigerator just won’t keep it’s cool anymore, chances are you’re in need of a refrigerant replacement. Many people still depend on machines that use R-22, which is a hydrochlorofluorocarbon and powerful greenhouse gas.

Much like Freon, which came before it, R-22 has been phased out all across the US because of the threat it poses to the environment. So you will likely have to find a R-22 refrigerant replacement. There are a lot to choose from, but after you read this article you will be able to make that choice with more confidence.

What Does A Refrigerant Do?

Refrigerants are responsible for transitioning between gaseous and liquid states during the cooling process. These phase changes are key to how the thermodynamics of modern A/Cs and coolers work.

The country’s former favorite refrigerants, Freon and R-22, were both classified as POE oils, which stands for polyolester. If your system started off using a POE oil then it’s highly advisable to stick with a POE replacement. These POE oils tend to be named like “R-some number”. This is something that DuPont started doing which the industry just picked up and now maintains as the standard. But some oils are better than others.

What Should R-22 Be Replaced With?

Stress less when it comes to the appliances that keep you cool. Call a professional from A Quality today. Call 623-853-1482 any time day or night, and benefit from the same team that’s helped thousands of families in and around Phoenix.

“Manny came to repair my air conditioner. It took several procedures and he finally replaced my new motor. It seems to be doing the trick. He also put in a new thermostat . Mine was 21 years old so it was time. He was pleasant and easy to work with; answered all my questions, and there were a lot, until I understood. I would recommend this company and this tech unconditionally!!!” - Midge Abel

“Jason was pleasant, professional, and helpful. He clearly talked about my options and answered all my questions. I’d gladly do business with him again.” - Katrine Cady

“Our upstairs AC stopped working yesterday and I chose this business because of their 5 star reviews. They did not disappoint. Rachel was amazing. She is not only friendly but she is very professional. She was ready to send someone out within an hour! John came out and was very knowledgeable, professional and above all, honest. You don’t see that very often anymore. I will definitely come to them for my future AC/Heater needs.” - Heidi Hedina 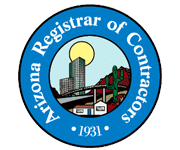 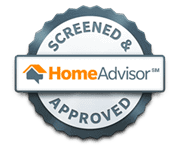 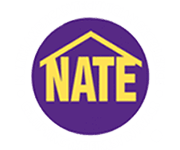 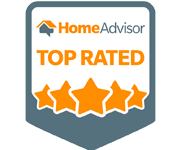 Your Satisfaction Is 100% Guaranteed